Sometimes you’ve been down that road before. In the case of Monterey to San Luis Obispo, that was the case, so we’d seen some of the main tourist sights down the road, but had missed the 17-mile Drive, so that was the start to this leg of the trip to San Diego: Monterey to Los Angeles. I’m not sure why the 17-mile Drive is supposed to be so important. Perhaps I have too many similar roads near where I live. They don’t cost $10, either.

The next new and exciting stop for us was Santa Barbara. We took the route through the mountains, and the view of the city as we descended could only have been better at night. It was beautiful. We didn’t stay long because we were off to Oxnard for dinner with JAFF author and close friend josurinu. 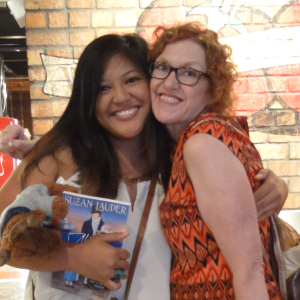 It was a highlight of my day to finally meet her. She and I had both assisted each other in writing when we were new and fresh at AHA, and learned a lot together. She was more beautiful than in photos, and had grown sophisticated from her job, though DH caught a couple of her classic double entendres! Oxnard is kind of a signal of spring in Canada: that’s where the first strawberries of the season come from, a good month before the local ones.

The next morning, we wandered around Santa Barbara for a while, taking in Stearns Wharf and the Mission, then drove towards Los Angeles via Malibu Drive.

We live near the water, and a new building was built in front of us recently, blocking half our view—if you don’t own the view, someone else will build in front of you eventually. So the homes on stilts along Malibu Drive appealed to me! It was one of the parts of the trip where we had the roof down, so we could enjoy houses perched above us as well.

(The weather was so warm on this trip, we actually had the roof up and air conditioning on quite a few times!)

We arrived at the LA home of LalitaD for a late lunch. I wasn’t in the door two minutes, and she put me to work puffing up the roti for lunch. It was so fun! We told her our plans: bus tour for highlights, the Observatory, Getty museum, Chinese theatre, Venice beach. 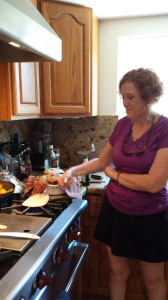 She said no bus tour. What?

All of a sudden, we were whisked along behind probably the most proud Angeleno that exists for a two-day personal tour with some backstage entries! Lalita and Mr. D. love their city, and were keen to show it off.

First stop was photos with the “Hollywood” sign at the Griffith Observatory, then a tour and the show. I have to admit, I snoozed a bit. But I do that in movies sometimes, too.

Then we were off to see the next highlight. She knew where the best photos could be taken, where the best stars were, the best streets if you want to dally in traffic, and the fastest routes otherwise. We saw all we wanted, a bit more, but the sorts of things that interested us, and no stars homes, studios, or amusement parks were involved. Well, except that one of those game show girls lives on their street.

But here’s the problem. Lalita loves to drabble. It comes out every so often, but most of the time, she’s not as energetic as she was in the Getty.

I was looking at a cool painting, and a little voice whispered, “Bingley and Darcy walked into a bar…”

I laughed. Out loud. In the Getty. The J. Paul Getty Museum, one of the most important freakin’ art galleries in the world. I go redder than Elizabeth when Darcy casually touches her for the first time, and clap my hand over my mouth. She sniggers. Quietly.

A few minutes later, in the next gallery, she whispers again. I can’t hear, and she’s little, so I duck down. Same deal. Story continues. I laugh, then stop myself. She loves it.

Then the grand finale: “Most of all, Darcy would remember the straps, those red straps that wrapped around her ankles.” I cracked up. The docent scowled and took one step forward. I made sheepish eye contact, and he retreated. The little sneak just grinned to herself.

I deserved every bite of that gourmet oatmeal she made the next day. Every bite.

Plus, our last night, she took me here: 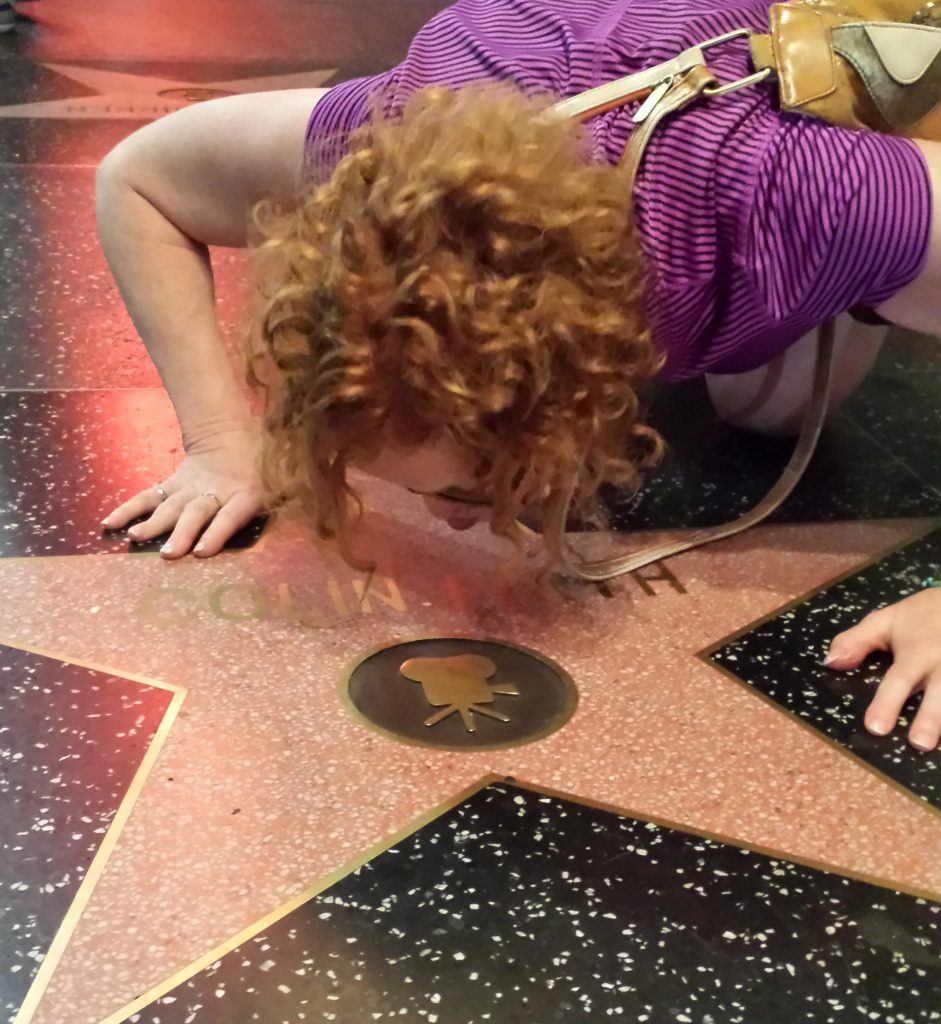