When my hair was long, the best up-do I could accomplish myself was the Olive Oyl look when attempting even the simplest bun! Now it’s cut in an angled bob, and the good news is the front is a nice length for some Regency curls around my face.

The most common Regency hair styles are centre-parted, with several ringlets close to the face and a fancy up-do. If you never had to take off your hat, the ringlets would be all you’d need. But if you go indoors, hats come off, so for me and other short-haired gals, other options are a must! 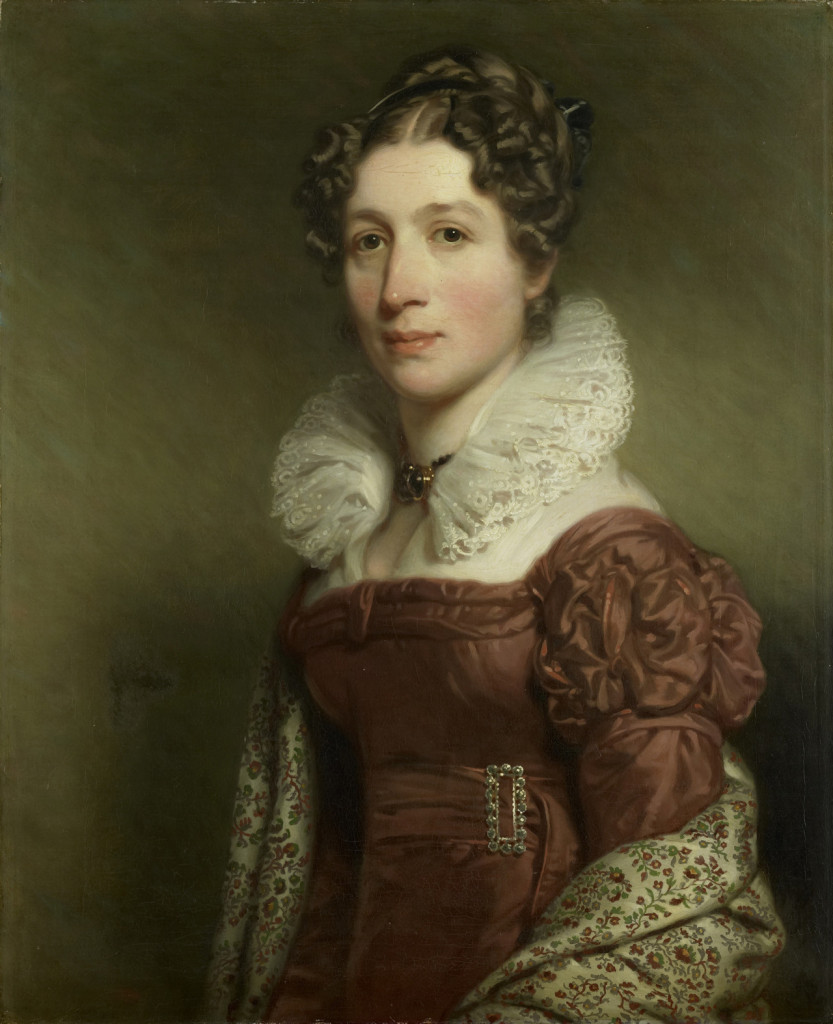 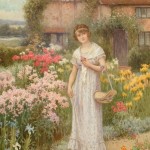 Even though most Regency women had long hair, worn up in public and taken down for nighttime,some had short haircuts. These tended to be combed forward and decorated with a ribbon or bandeau. Update below.

The balance of this post will focus on creating the illusion of the full Regency up-do.

How to Style your Medium to Long Bangs into Ringlets

Your hair is straight or almost straight: 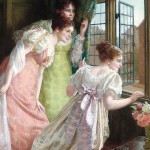 Your hair is wavy or curly:

How to Make Curls in your Short Bangs 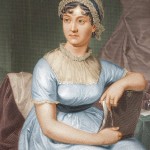 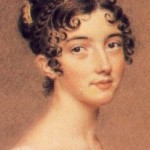 How to Fake Face Curls When You have No Bangs

Long hair, high hairlines, and super-short haircuts are not suited to Regency ringlets.

The Regency hair style was long hair dressed close to the head, without any poufy parts other than ringlets.

To get that long hair look, wigs, falls, or hairpieces can be pricey. An Etsy seller has attractive Regency hair pieces in 12 colours, starting at $10 for a single clip-on ringlet, with several styles of full Regency wig with lots of curls for $92. There’s also a $39 curly back bun, and $53 will buy a swirly, pretty one. 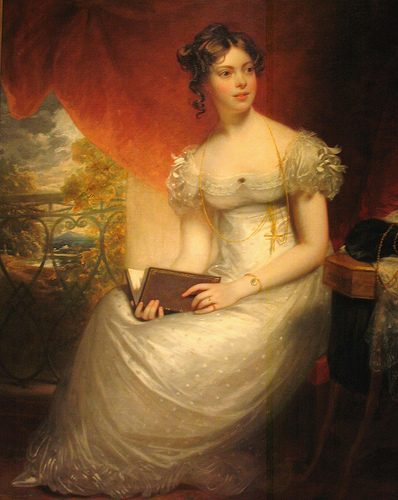 You’re Lucky if you have Long Hair!

You can do pretty much anything, including re-creating the styles above without a bun maker or pre-made braids, because you have enough hair yourself.

Online Regency Hair Tutorials:
Seven styles, some harder than others. Please consider putting curls around your face, even if the style you’ve chosen doesn’t have it in the tutorial. You don’t need as many as the first example.

More difficult, and for long hair with no bangs, made with long ringlets. This would be better if they had done a photo or two for each step.

A video for a complicated but beautiful long hairdo.

Your hair can be dressed up with accessories regardless of whether you’re using them to hide pins or fake bangs. Fillets, bandeaus, ribbons, combs, flowers, and feathers are the simpler ones, and tiaras, diadems, and jewels were the upscale effects for the best ballrooms! 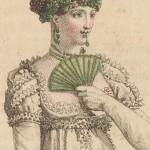 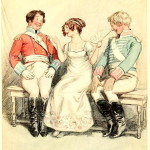 As you see in the variety of images in this post, they are optional.

Here are more style ideas and just plain beautiful artwork. Also note the ideas for gowns in all the images! (Click on the thumbnails for larger images.) 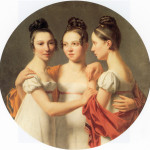 Singing to the Reverend–Edmund Blair Leighton

With luck and good timing, I’ll be able to register for the JASNA AGM in Louisville, Kentucky on October 8-11, 2015; the previous AGM sold out quickly. The theme is “Living in Jane Austen’s World,” and I’m excited about the seminars about her times. That’s where I’ll be wearing the items I’ve collected and re-purposed for this blog.

I’ve had no expert advice during this “Experiment.” “The Boss of Food” from my local JASNA, who’s sewn many a Regency outfit, expressed an interest; I’m sure she would have saved me some mistakes.

Instead, I learned all I know on my own from Regency and other historical web pages, images of real period clothing from museums, and artwork from the time. I felt it made the challenge “real” and helped me communicate through the eyes of a newbie to costuming. Had I not made the mistakes and owned to them, this would not be the blog series it is!

But now, I’m keen to attend some costuming seminars at the AGM. I want to see the Regency clothing construction “up close and in person” for the first time!

I’m in the middle of making my hat, and you’ll be walked through that process in a future post. For the ball, I’ll wear a turban, and I’ve tested out my ability to install one on my own head. We can safely say I won’t embarrass myself too badly! I’ll try a second design for my NEXT POST.

Before the JASNA event, there are a number of Austenesque events to dress up for, and the soonest one just came to my attention: the Regency Springtime Ball in Calgary, Alberta, Canada. It’s the second annual event, organized by Austen-inspired author Melanie Kerr. Her novel Follies Past takes place prior to the start of Pride and Prejudice, with scenes at Ramsgate, similar to my upcoming Letter from Ramsgate.

I wish I’d known of this event sooner, since my sister lives in Calgary, and during my vintage store visits I found several dresses suitable for Regency gowns that were too small for me, but would suit her and my 17-year-old niece. I’d bribe them to join me to the ball. A Regency gown is a good bribe, don’t you think? 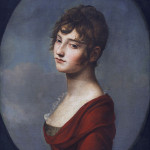 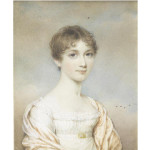 1. Some more short hair ideas. The style is called the “Titus,” and it was worn by both men and women.

2. A blogger, Places in Time has a tutorial on how to make your own ringlets from inexpensive fake hair! It looks like you can make a nice set of three ringlets for each side of your face, plus more for the up-do, for around $12.

3. Author and blogger Rachel Knowles has a page dedicated to Headdresses and Hairstyles for Regency on her blog, Regency History. The images, sorted with 4 per year, are from La Belle Assemblée and Ackermann’s Repository for Art and include descriptions from those periodicals.