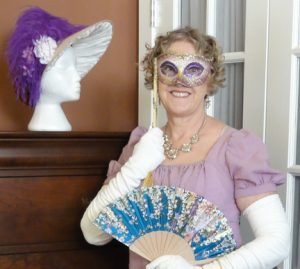 Saucy opinions like “The person, be it gentleman or lady, who has no pleasure in a good novel must be intolerably stupid.” won Suzan Lauder, who thought, “I have to read more by this woman who writes with such snarky humour!”, and another Jane Austen fanatic was captured in the clever dead author’s net.

Since 2009, Lauder has been an active writer, editor (content, line, and beta), reader, and contributor to the online Austenesque world, as well as a dedicated researcher into the history, culture, and language of the Regency period in England. Lauder’s fascination with all things Regency inspired her creative blog series, the Thrift Shop Regency Costume Experiment, a project that transforms found, re-used, discount, and vintage items into quality, Regency-era outfits. The amusing and resourceful approach includes original patterns developed by Lauder herself. The popular blog has garnered support from Regency and upcycling bloggers and fussy Regency costumers. She has also blogged about her writing experiences on Learning from My Mistakes.

Lauder’s latest published work is the Meryton Press Skirmish and Scandal series introductory novella, Schemes of Felicity. The Vivian-nominated mystery/suspense Regency romance The Mist of Her Memory is quite different and a popular read. Then there’s the top-ten listed #HOTCollins or A Most Handsome Gentleman, a Regency comedy/romance short novel that garnered a “Best Novella” from a top blog. She has an angsty Regency romance novel, Letter from Ramsgate that was an Amazon #1 bestseller and reviewer honourable mention for top ten, as well as winning Author Shout Out’s Book of the Week and Cover Wars. Lauder’s short modern romance Delivery Boy is part of Meryton Press’s 2015 holiday anthology, Then Comes Winter. Her debut novel, Alias Thomas Bennet, is a mature Regency romance with a mystery twist, and still her most popular novel. An excerpt from the novel was a runner up in the Sexy Scribbles contest. All Lauder’s published works to date are “what-if” variations of Jane Austen’s masterful novel Pride and Prejudice and published by Meryton Press.

Suzan Lauder and Mr. Suze split their year between a loft condo overlooking the Salish Sea and a small Spanish colonial house in Mexico purchased for the benefit of their rescue tabby cat, who supervises her projects. She is currently writing an Austenesque Regency romance novel called The Barrister’s Bride to be published early in 2022 and a Regency romance series of three books tied together with three sisters to be published starting in 2023. 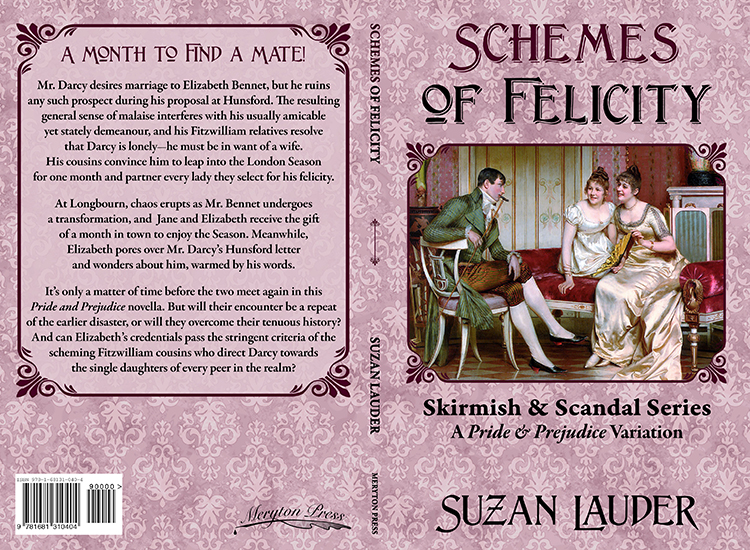 The premier offering of Meryton Press’s novella series, Skirmish and Scandal, Schemes of Felicity is a matchmaking twist. For an enlarged image, click on the photo. 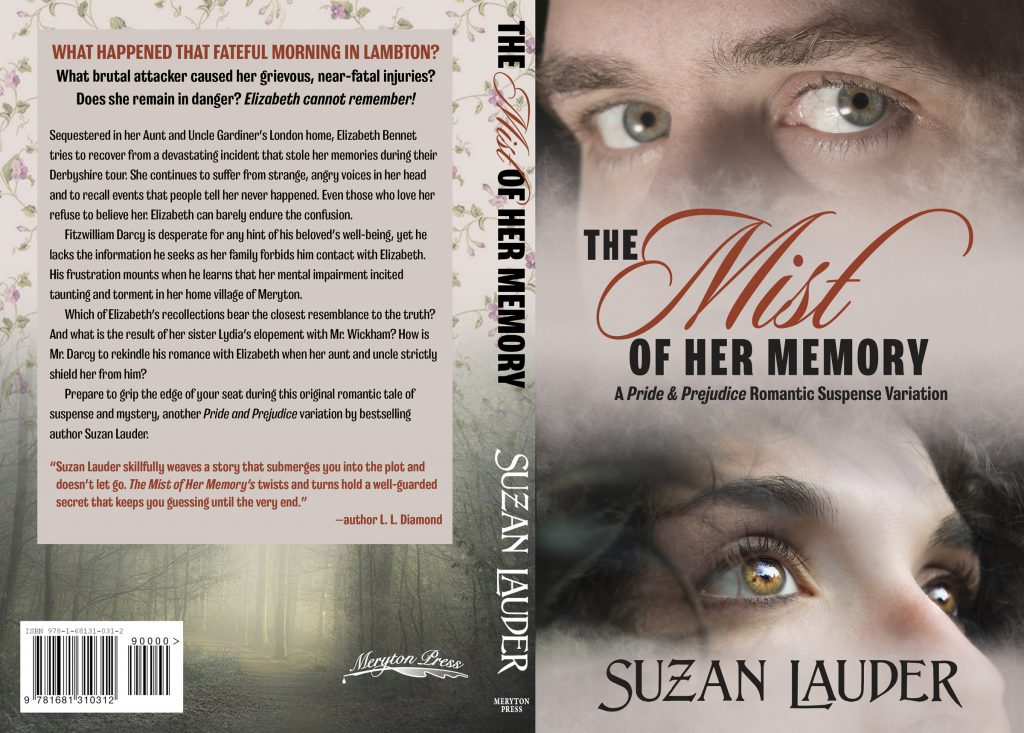 An enticing Romantic suspense for those who love a bit of mystery in their Pride and Prejudice variations. 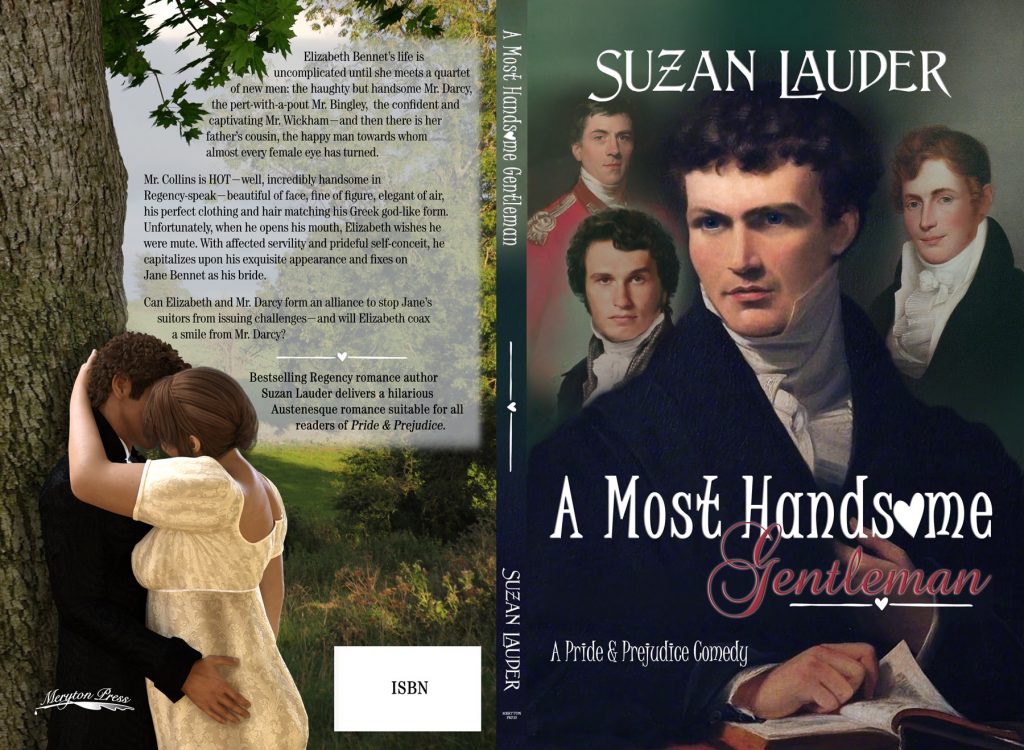 “Hot Collins” is a Regency romantic comedy based on Jane Austen’s Pride and Prejudice. 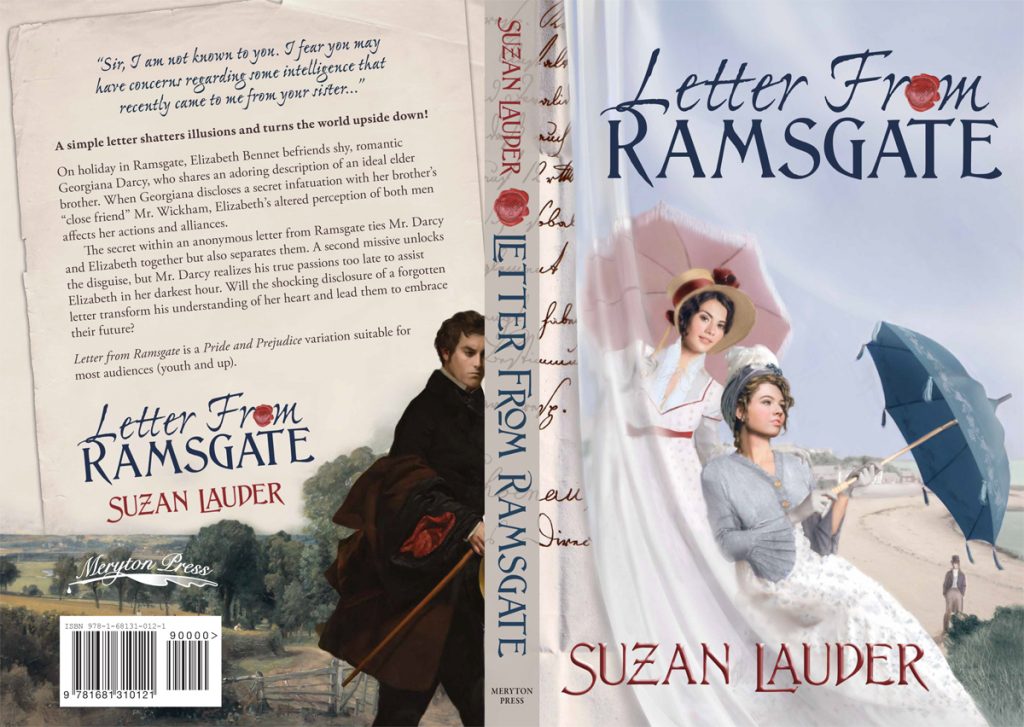 Letter from Ramsgate by Suzan Lauder, award-winning cover design by Zorylee Diaz-Lupitou. Click on the thumbnail to enlarge the image. 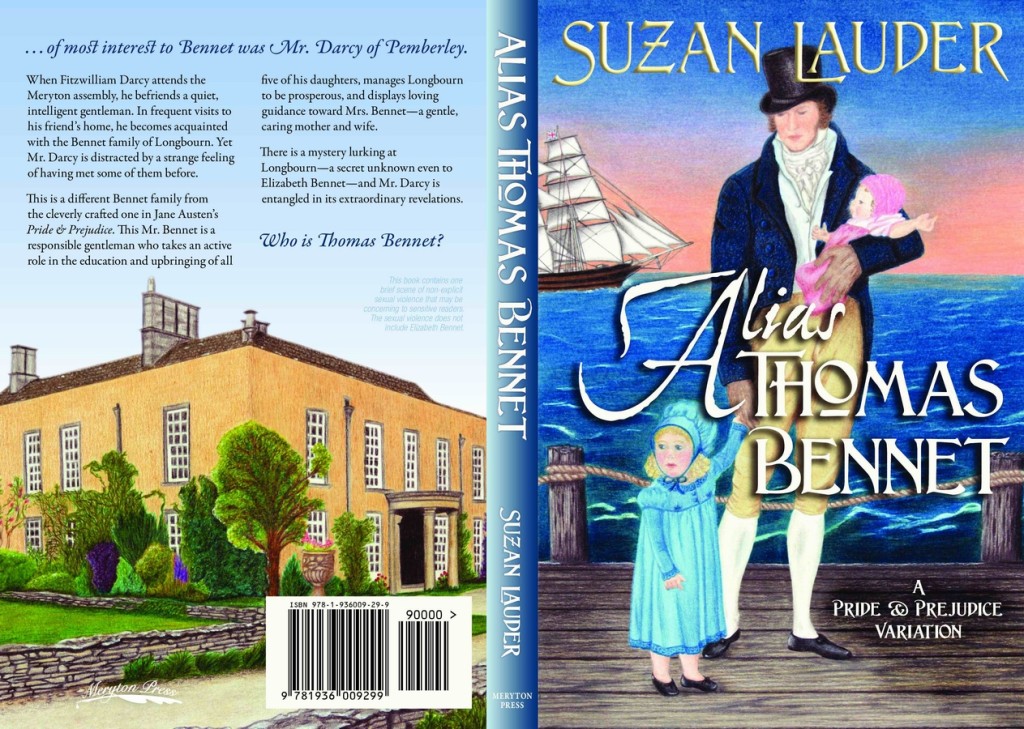 This book contains one brief scene of non-explicit sexual violence that may be concerning to sensitive readers. The sexual violence does not include Elizabeth Bennet.
Available at popular booksellers.
Meryton Press, Box 34, Oysterville, WA 98641