Sexual tension tends to underscore the conflict in a romance novel. Part of the fantasy that many readers enjoy is the culmination of that sexual tension. However, many authors are squeamish about writing “Those Scenes.” Thankfully, a number of approaches are open to authors who want to include consummation in their romance novel. 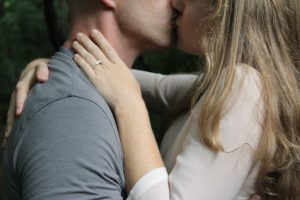 The author can prepare by developing a vocabulary by doing some research, i.e., reading examples of steamier scenes. Historical romance writers such as Sarah MacLean, Miranda Neville, Tessa Dare, Amy George, or the older works of Abigail Reynolds have good examples. Modern writers will have an easier go of it. I don’t read many modern romances, but Catherine Gayle’s and Sylvia Day’s works have some good inspiration in them. When reading such scenes by authors you like, keep a list of words that work well for you as a reader.

Suzan Lauder’s Learning from my Mistakes Lesson #15: Get inspiration from others for those difficult-to-write scenes.

Don’t utilize full phrases or sentences from others’ work, though, as you don’t want to violate copyright. I use a rule of thumb of fewer than five words.

Utilize language reminiscent of fire and heat. Use a thesaurus for “passion” and “desire” and similar words to develop a vocabulary for your scene. If you’re writing a period romance, use words that evoke that time period. Clothing details are important, and language that reflects the period is just as critical. Research slang words of the era, ensuring not to use them inappropriately.

Scenes that build up to the consummation are essential to your scene-setting. Begin with observation of the physical attributes or actions that the protagonists admire, coupled with descriptions of their personal physical reactions they try to hide from their future love interest. If you’re writing from a limited third person (close or deep) point of view, remember your point-of-view character can’t see their own physical response, e.g., a blush. Describe their reactions as if you’re in their head.

You don’t have to go into elaborate detail in every scene. Use step-by-step scene building with brief interludes of physical contact in earlier chapters as the attraction between the couple builds. That way, the reader won’t be startled by the time the author has reached the sex scene. The types of language and descriptions of body parts is the only difference.

Suzan Lauder’s Learning from My Mistakes Lesson #17: Let your romantic encounters build. Pick and choose aspects of love making to prepare the reader for the culmination.

As the duration and intimacy of the prelude contact becomes longer, it becomes more important to imagine the choreography of the interaction broken down into steps, even if you don’t fully describe each step. Be aware of how the sexual tension is fulfilled yet lacking at each step. Ensure you’re describing not only physical reactions, but the thoughts of the point-of-view character for the scene—and it should be told only from one point of view! Head-hopping will ruin your flow.

The rate at which the physical encounters develop differ dramatically between a modern New Adult or contemporary romance novel and a period romance such as Victorian or Regency. Opportunities and societal norms will delay physical contact in the latter, and the writing will involve more sexual tension via dialogue, observation, and physical reactions. Consummation will often preclude relationship-building in the former, meaning more full sex scenes. Dramatic tension in modern scenarios will tend to be related to outside forces at least as much as the relationship itself.

In physical interaction scenes, take care not to make the action mechanical: “Tab A into Slot B.” I once got caught out in a modern romance with a car make-out scene where I mentioned she had one arm on the armrest and the other on the console as she leaned in for his kiss. Who cares where her elbows were? Readers want the lip action!

How much the author is personally affected while writing the scene, or objective and unaffected, depends on the individual. I find that considering step-by-step movements and struggling for the right sexy word does not make me, as the writer, feel all that steamy, even in a fairly descriptive scene. Others may need to plan ahead to relieve some energy.

A new author asked a group of others, “I’m a virgin, so how do I write a sex scene?” As with any aspect of writing, reading and Internet research becomes more important with lack of personal experience, but it’s not impossible for a person who has never had sexual contact to write an excellent sex scene any more than to write about speakeasies, car chases, or a ballroom lit with candelabras. Reading romance novels can help develop a sense of the aspects within the scene that any author is comfortable communicating. The author has the opportunity to choose the detail they wish to include, from a romantic inference to full-on erotic descriptions of the act.

An exercise that many have enjoyed is “The Kissing Challenge.” The object is to write a steamy scene that involves kissing but no consummation. It’s good practise of your mature scene vocabulary and coordinating of movement. My first “Kissing Challenge” scene became Chapter 21 of my first published novel, Alias Thomas Bennet, and the A Happy Assembly Playground story A Garden Encounter was a further opportunity for me to spread my wings in a non-consummated scene. Both are somewhat explicit, something that’s not necessary in order to create the sexy atmosphere you want as a writer. Sometimes less is more, and implications can be stronger than explicit language. Here are some examples of sex scenes that don’t include a great deal of detail:

The first sex scene from JustineR’s unpublished modern Pride and Prejudice comedy-romance Off Balance: “As in their professional lives, she was highly energetic and creative, while he was thorough, careful, and steady, a detail man. She was very goal-oriented, but he paid attention to process and to making certain all the important points were touched on methodically and completely. These complementary approaches made for excellent teamwork, and their joint efforts produced an impressive outcome all around.”

From Studio 54, my unpublished novel-length, mature, music-centric, late 70’s, P&P inspired romance in the Meryton Reading Room: “When their bodies joined, there was no hurry, just one prolonged, gliding movement until they became one being. They moved gradually together, their eyes focused on each other’s in a tender communion of souls. A barely perceptible acceleration brought them each to the inevitable pinnacle of satisfaction at precisely the same moment. All that was left was to hold each another reverently and feel the comfort of shared love and peaceful understanding.” There are more explicit scenes in the novel, but this one is the example I like to cite for those who prefer to avoid direct descriptions of sexual activity.

There’s a time and a place for both explicit and implied, though. Many romance readers look forward to the intimacy, expect it, and see it as the ultimate expression of the attraction between the couple—and the steamier the better for their future felicity. Other readers prefer not to read the details, however, take care here. Avoiding the topic altogether is tantamount to hiding the truth—it’s no better than telling a lie. Sex happens as part of a healthy young loving relationship, and it’s up to the author to find the essential balance to suit each specific book. For example, if you prefer your unmarried protagonists’ ending to be chaste for the most part, a sexy kiss can still do your story wonders.

Rachel Knowles’ Georgian romance, A Perfect Match, is an inspirational novel with the following: “Her body was responding to the kiss in anything but a sisterly way. If she had been standing, she would surely have fallen. That kiss told her more about the state of her heart than her head had ever done. She had thought herself above temptation. … Whatever his intention had been, that was no ‘brotherly’ kiss.”

I’m sure other authors have opinions to contribute, so please share in the comments! Even the most seasoned writers can be nervous writing these scenes, and I hope this article has eased up writers’ tension at least a little.