No rabbits are involved in this type of hat-trick! However, once in cricket, four times in NHL hockey, and twice in rubgy, three hat-tricks, or three sets of three goals scored by the same player, have taken place in a single game. Other games also use the concept of a hat-trick.

Our Thrift Shop Regency Costume Experiment is also doing three tricks with hats this week—well, two are technically bonnets, and you’ll have to wait for them until next post.

You say, “What? You said three hats this week, now it’s only one?”

I reply, “Yes, because the post was a million years long, and your eyes would have glazed over. Instead, I’m doing two posts this week, and the other hats will be in the next one!”

And you say, “Two posts? YAAAAAYYYY! You’re our favourite!”

Of course I am. And every fine lady holds a parasol in a Regency ballroom, too. 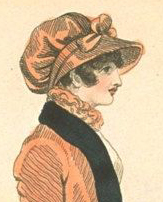 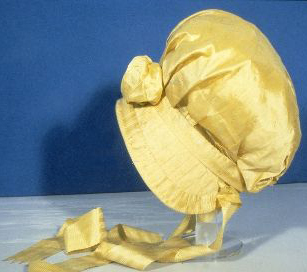 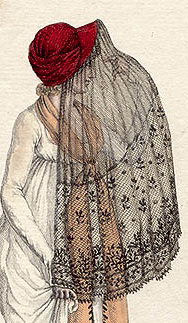 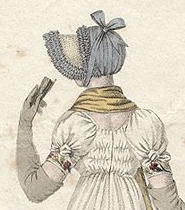 This is the most common type of hat at Regency costume events, probably because it’s fairly easy to make and is quite cute! It’s not nearly as common in Regency fashion plates or paintings, though; that’s where the poke bonnet shines. The capote is the one that looks like a tea cosy or shower cap over a brim that’s narrow in the back and moderate in the front, or goes about ¾ of the way around. The proper description is “a firm brim with a soft cap.” 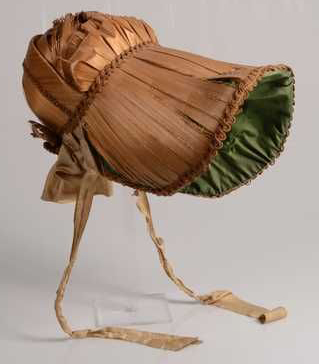 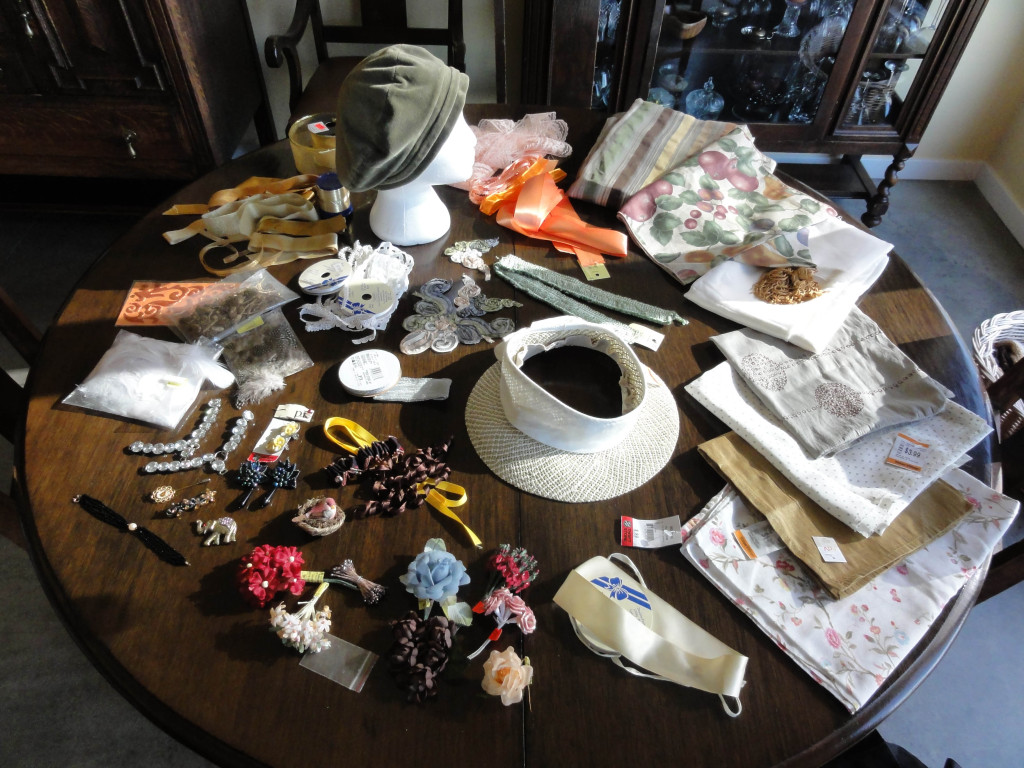 I found the perfect shaped brim in a green and natural-coloured straw visor with a mid-weight cotton band and bow. You can see all the fabric and trim options for all my hats above, along with this hat. Some are too bold, others too plain, and some too matchy-matchy.

I’m not using the little green velvet hat, as I love it for everyday modern, and won’t modify it. I may dress it up as a turban, but I like the table-runner turban, which goes well with the gown I like best for the ball at the Louisville JASNA AGM this fall.

I chose one of the pair of 19″ square gold silk dinner napkins as the soft cover for my capote. 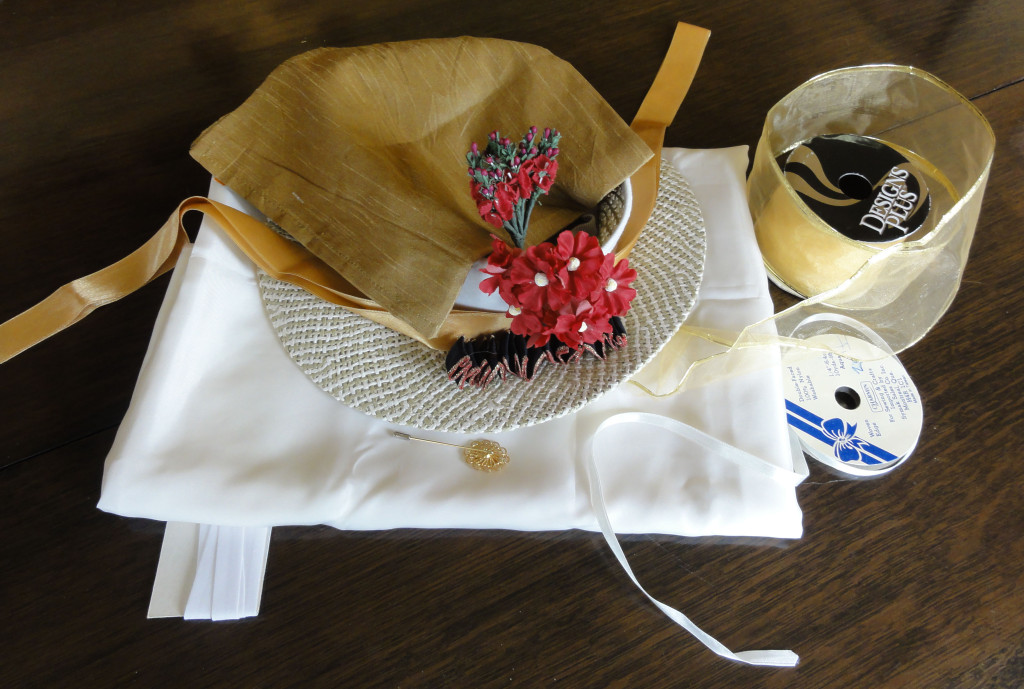 I removed the bow from the hat, but not the fabric, choosing instead to turn it up to help support the new fabric.

Here are the steps used to make the cover, with accompanying photos (click on thumbnails to see larger image): 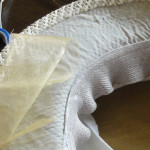 My hat was lined under the brim, but it was unattractive. It added stiffness, so I decided to leave it and cover it. A pale gold 3” wide wire-edged ribbon was about the same width as the front of the brim, so I chose to use it, removing the wire edges first. It will be easier if your fabric is wider than the space you want to cover.

Here is how I attached a pleated lining to the underside of the brim:

If you are not lining the hat:

To line the hat: 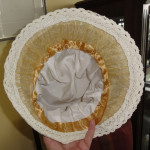 To add lace or ribbon to the outer edge of the brim: 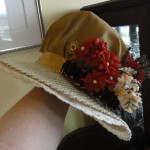 Trimming your hat or bonnet:

Flowers, foliage, feathers, and such are common on the sides, and sometimes on the back or the front of Regency headwear. We can’t tell from photos whether both sides of the hat were trimmed the same, if they were asymmetrical but both trimmed, or if only one side had adornments. 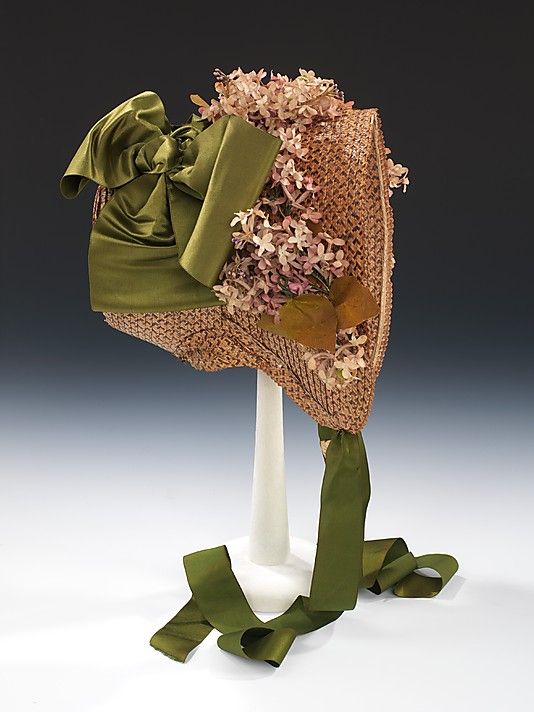 These days, it’s really up to the wearer, as long as you make an effort to have a Regency look. Like gowns, the amount of fussiness and elaborate details increased as the Regency went on.

A little garnish does go a long way, so here are some ideas to whet your appetite. 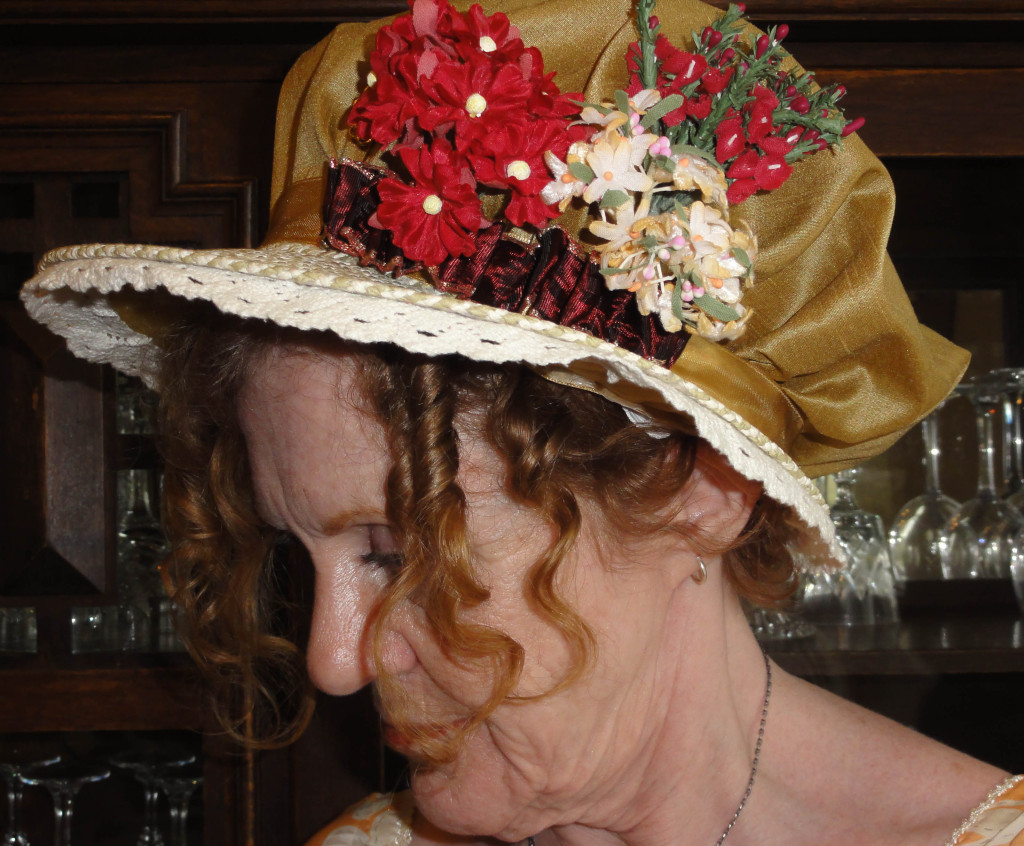 To cut a circle from a square: 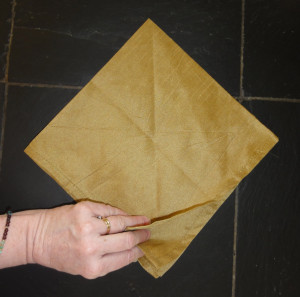 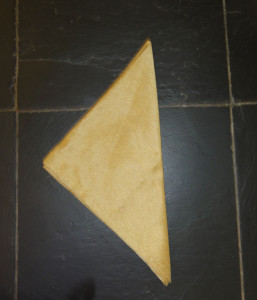 Keeping centre point on top and open edges towards you, fold again, twice. 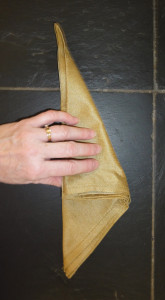 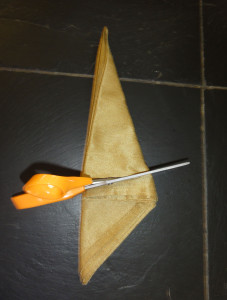 Cut off uneven ends at an angle so two long sides are about the same length from the centre point (top). 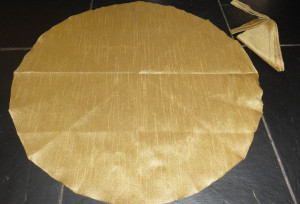 Unfold and look where it needs to be trimmed. Refold if it will make it easier to trim. It doesn’t have to be perfect for this situation. Press out the creases before you use it.

NEXT POST: the Pink Hat goes all bonnet on tTSRCE! 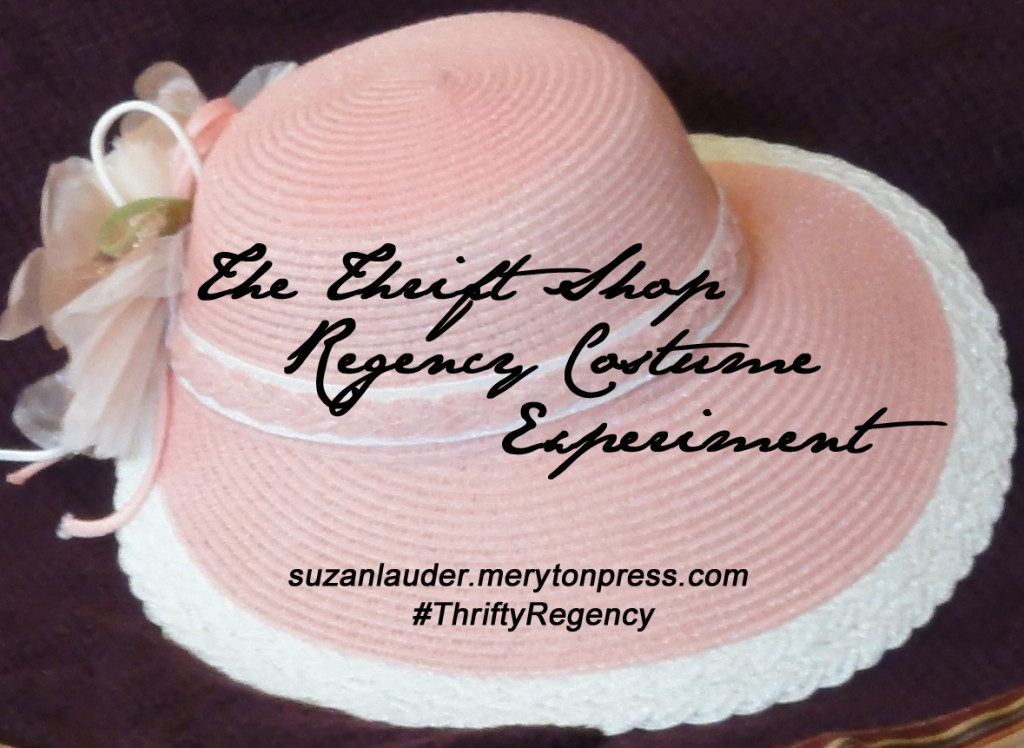